In fact the Church, in proposing moral evaluations for biomedical research on human life, draws on the light of both reason and faith (cf.ibid., n. 3), since she is convinced that "what is human is not only received and respected by faith, but is also purified, elevated and perfected" (ibid., n. 7).

In this context a response is likewise given to the widespread mentality that presents faith as an obstacle to scientific freedom and research, because it presumes that faith is made up of a pattern of prejudices that hinder the objective understanding of reality. Faced with this attitude that strives to replace truth with a consensus that is fragile and easy to manipulate, the Christian faith, instead, makes a real contribution in the ethical and philosophical context. It does not provide pre-constituted solutions to concrete problems like bio-medical research and experimentation, but rather proposes reliable moral perspectives within which human reason can seek and find valid solutions.

There are in fact specific contents of Christian revelation that cast light on bioethical problems: the value of human life, the relational and social dimension of the person, the connection between the unitive and the procreative aspects of sexuality, and the centrality of the family founded on the marriage of a man and a woman. These matters engraved in the human heart are also rationally understandable as an element of natural moral law and can be accepted also by those who do not identify with the Christian faith.

The natural moral law is neither exclusively nor mainly confessional, even if the Christian Revelation and the fulfilment of Man in the mystery of Christ fully illumines and develops its doctrine. As theCatechism of the Catholic Church says, it "states the first and essential precepts which govern the moral life" (n. 1955). Established in human nature itself and accessible to every rational creature, the natural moral law thus determines the basis for initiating dialogue with all who seek the truth and, more generally, with civil and secular society. This law, engraved in every human being's heart, touches on one of the essential problems of reflection on law and likewise challenges the conscience and responsibility of legislators. 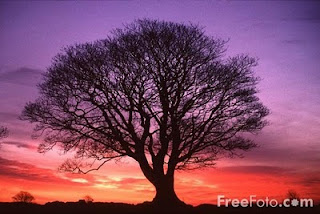