A Vocation to Write - Flannery O'Connor

I have recently read a book by the American writer Flannery O'Connor, titled Mystery and Manners: Occasional Prose

. It was recommended to me by Father John Wauck from the PUSC, when I told him I was interested in learning a bit more about writing fiction.

Flannery O'Connor was born in Savannah, Georgia, in 1925. She died young, at the age of 39. She had a very peculiar fictional vocation - she writes about human misfits, who through an unfortunate (often violent) turn of events run up against the limits of human vision. She was a lady of profound faith, and she especially writes about her Southern country where the (often protestant) faith is very much a part of daily life. From a friend of mine who is a Southener I have understood that many of the things she writes about are very funny, because they are so recognizable. For a foreigner, this element of her work is somewhat harder to grasp, unfortunately.

Still, for someone interested in fiction writing this book is quite worthwhile. O'Conner has taught me the importance of concrete particulars in fiction. She also writes interesting things about the vocation of the writer, like the following passage.

"(…) it is the peculiar burden of the fiction writer that he has to make one country do for all and that he has to evoke that one country through the concrete particulars of a life that he can make believable.
This is first of all a matter of vocation, and a vocation is a limiting factor which extends even to the kind of material that the writer is able to apprehend imaginatively. The writer can choose what he writes about but he cannot choose what he is able to make live, and so far as he is concerned, a living deformed character is acceptable and a dead whole one is not. The Christian writer particularly will feel that whatever his initial gift is, it comes from God; and no matter how minor a gift it is, he will not be willing to destroy it by trying to use it outside its proper limits."

So if you are interesting in fiction writing, Flannery O'Connor's Mystery and Manners is a read worth while. 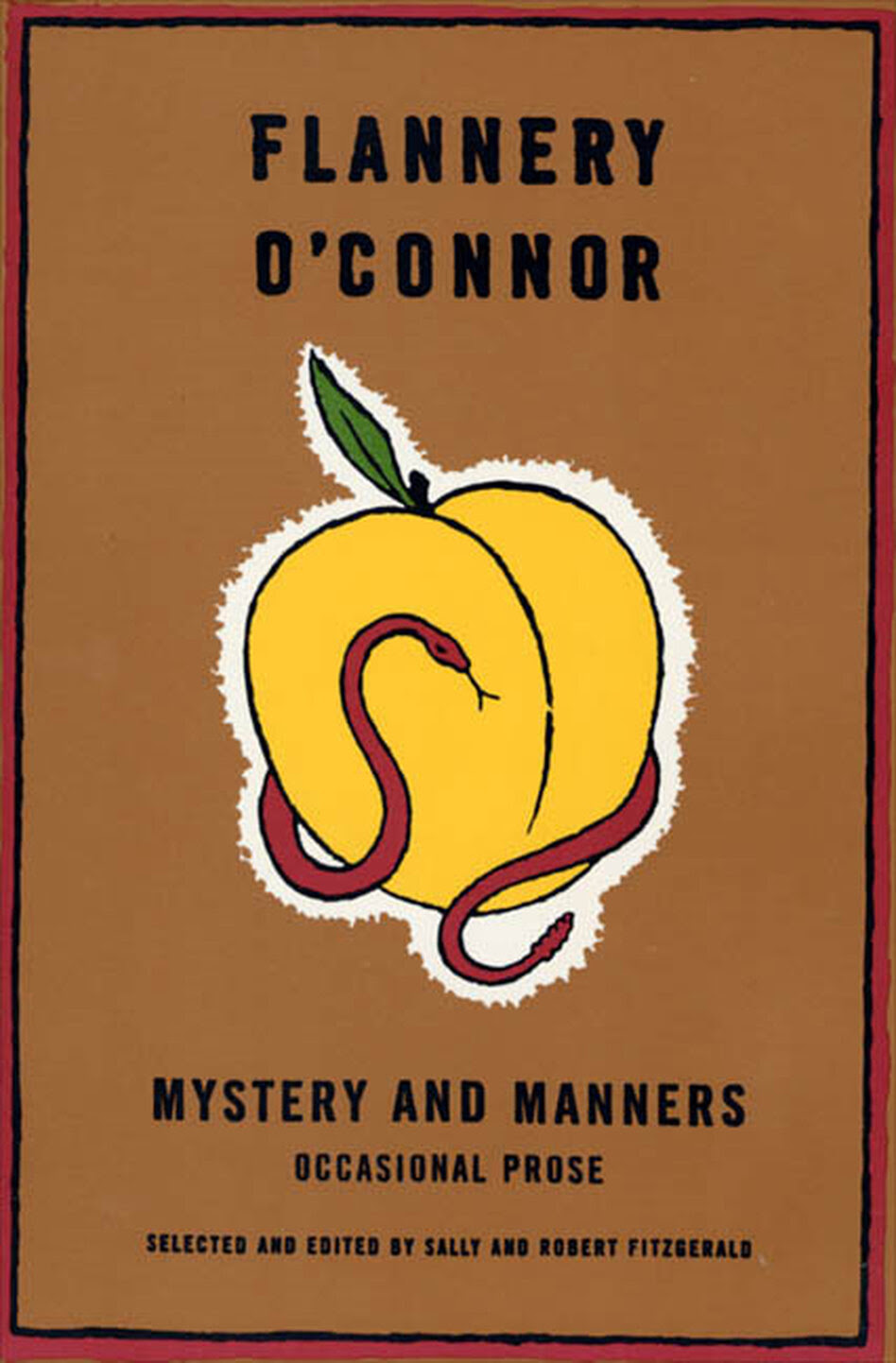